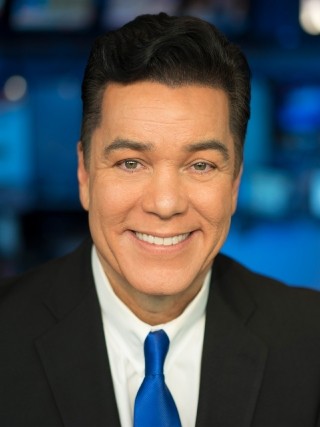 Monty Torres is delighted to be part of Omaha's newest newscast. He began his broadcasting career as a weekend anchor at KWHY-TV in Los Angeles, California, then became morning co-host for KCOP-TV's community affairs show, "In Studio," in Los Angeles. He then went on to fill-in as anchor and reporter at KMIR-TV in Palm Springs, after which he joined the team at KMPH in Fresno, California. Monty headed east after that to work for NBC affiliate WBBH in Fort Myers, Florida as a weekday anchor for the noon and early evening news.

In 1998, Monty's moved north to become the main evening anchor for WXMI-TV, the Fox affiliate in Grand Rapids, Michigan.

In 2000, Monty was hired by NBC as the new morning show anchor for their station in Raleigh, North Carolina. In addition to his duties as a morning show anchor/reporter for WNCN, Monty was also promoted to Executive Producer/Host of the station's only, locally produced public affairs show, "At Issue."

Monty attended UCLA and Brigham Young University where he majored in Political Science and Psychology. He completed one year at Loyola Law School in Los Angeles before leaving to begin the professional certificate program in Broadcast Journalism at UCLA.

Monty enjoys a wide variety of sports. He is an avid boxing and martial arts fan and former competitor. He has also had the privilege of singing with Opera companies from California to North Carolina and Florida in special performances as an amateur vocalist and is called upon regularly to sing the national anthem at local events. His proudest achievement is being the father of six healthy, happy children along with wife, Loretta.