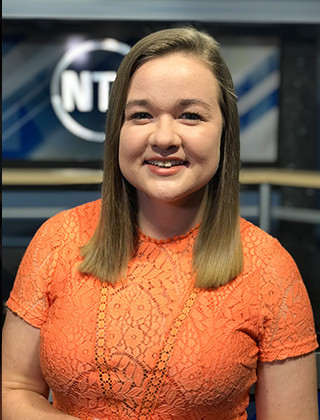 Nicole Weaving is ecstatic be working in FOX 42 News' Lincoln bureau and telling both news and sports stories in the capital.

Nicole was born and raised in Chatham, NJ. She got her first taste of producing television when working on the CHS Pulse at Chatham High School. Her love of sports also drove her to attend Bruce Beck and Ian Eagle’s Sports Broadcasting camp, which solidified her interest in becoming a reporter.

Nicole attended Syracuse University after being accepted to the S.I. Newhouse School of Public Communications. She then made her passion a reality, getting involved with CitrusTV, the student-run television station. She has reported, anchored and produced for CitrusTV's News and Sports departments while serving as a host and color commentator for the ACC Network. Nicole graduated from SU in May 2020 with a dual degree in Broadcast & Digital Journalism and Spanish which led her to Nebraska.

When Nicole isn’t working, she enjoys watching sports, working on her golf game, and traveling to explore new places. If you have any story ideas or you just want to say hi, you can reach her at nweaving@nebraska.tv.